According to NIX Solutions’ experts, Apple may add a default program selection feature in iOS 14. IPhone and iPad users have been deprived of such an opportunity since 2008, unlike the owners of Android gadgets. They could install any default applications from earlier versions of this OS.

The end of the monopoly

Apple may allow users to change the default applications on the iPhone and iPad, including the browser and email client. Such an opportunity was absent in the mobile OS almost from the very moment of its first appearance, while for Android owners it has been available for years. 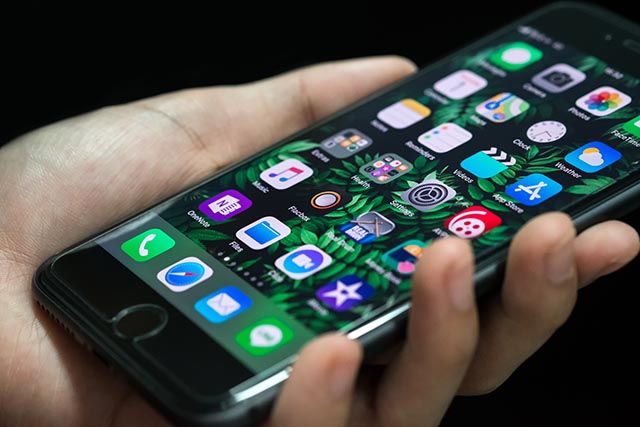 According to the Bloomberg portal, Apple is considering the possibility of completely removing this restriction: it can get rid of it in the next version of its system, iOS 14. The firmware announcement should take place in the summer of 2020 at WWDC 2020.  It will be released along with new iPhone smartphones at the beginning of the fall 2020.

Owners of iOS devices have been deprived of the ability to select default applications since 2008, when Apple first launched the App Store. IOS itself was released in 2007 and, prior to the release of the App Store, basically did not support installing third-party software.

Apple does not prohibit downloading applications from the App Store and using them, even if they are analogues of its own programs. Bloomberg estimates that iOS devices contain 38 pre-installed Apple apps, including the Apple Mail email client and Safari browser.

The user can install Google Chrome or Firefox on their iPhone, and they will work properly. But if a link is sent to them in the messenger and they try to open it, the system will automatically launch Safari. The same applies to e-mail: when you click on a mail address, only Apple Mail will open, and not another client present on the device – Outlook, Gmail, etc.

Certain restrictions apply to Siri’s voice assistant, which interferes with the development of third-party music services. The user can manually change the tracks in any similar application, but if they ask Siri to find a new song or compile a new collection, the request will be transferred to Apple Music, the default application.

At the time of publication, it was not known what exactly prompted Apple to change its attitude to its own rule 12 years ago. According to Bloomberg, this restriction was repeatedly pointed out by the authorities of various countries: for example, in 2019, members of the House of Representatives of the US Congress drew attention to it.

When discussing Apple’s policy on default applications, US lawmakers concluded that such a company’s decision could violate antitrust restrictions. According to them, restrictions can have a negative impact on the development of other companies and services.

Third-party developers, dissatisfied with the situation, are gradually starting to complain about Apple. So, in early 2019, the Spotify service opposed it: they turned to the European Union with an antitrust complaint about Apple.

The text of the complaint said that Apple blocks Spotify access to its products and makes it impossible for the service to work on the HomePod smart column. In March 2019, Apple published an official response to Spotify claims. It says that this service wants to take advantage of the App Store and not pay for it.

Nevertheless, according to Bloomberg, Apple is still considering mitigating or even completely removing restrictions on connecting third-party applications to the HomePod. The names of the programs and services that the amnesty may await have not yet been revealed.

Removing the ban on installing third-party applications by default, and accessing services to its products, can ultimately come in handy for companies. First, this may affect the mentioned HomePod column, which is currently not in high demand, including in the US market. Due to a number of restrictions, the speaker is inferior in number and a variety of capabilities to its main competitors, including Amazon Echo. This has led HomePod to hold less than 5% of the global smart speaker market, according to Strategy Analytics statistics.